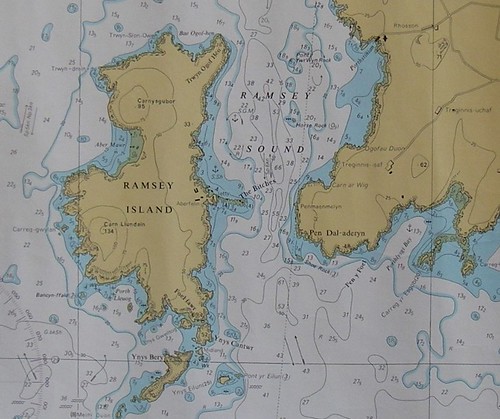 Ramsey sound – Home of the Bitches.  Oh and Horse Rock!  (Depths in metres).

Unlike 2007, 2008 promises to be a top Bitchin year with several sets of 7m+ tides occurring on, or close to weekends, and with high water being before sunset (ie optimum conditions during daylight hours). 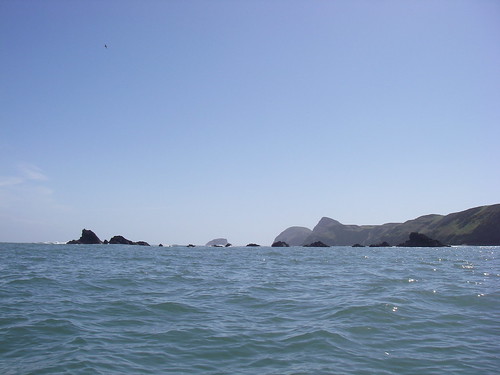 My first trip this year was over the early May bank holiday which turned out to be more like a 90s Bitches Rodeo re-union with most of the ‘Worzels’ present (Jacko, Grant, Rich – really nice and a real surprise to see him again, and Lowie), plus the other guys from KJO (Hila, Den, Tom) and other familiar faces and friends from the heyday of Rodeo (Claire, Andrew, John to name a few).  Plus Deb Pinniger was there with Team Adidas on what I think a nice Slovenian girl with her said was a sponsored 4 nation’s tour – so they had lots of cameras and video equipment set up on the rocks and the island.  And to cap it all we bumped into Andy Middleton of TYF the organiser of those legendary 90s Bitches Rodeos and parties in the local pub, but sadly we could not tempt him out to join us – next time Andy.

My next visit should be end of Aug – see you on the wave :o) 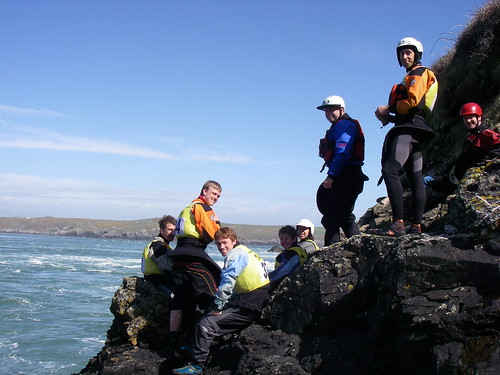 Sitting on the island, in the sun, waiting for the wave to build. 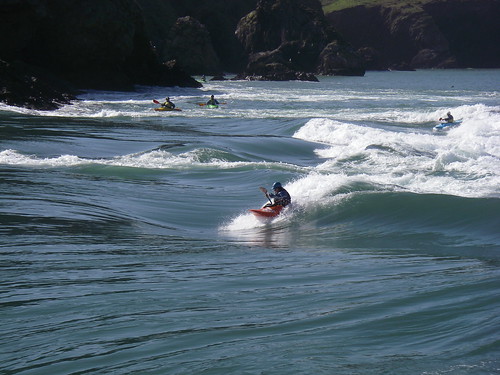 First to catch the wave (early on in the session – it gets a lot bigger!) 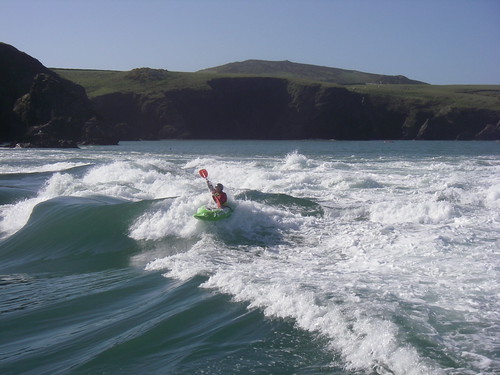 Told you so!  Objective is to carve right and surf into the pocket on the ‘dark side’ of the wave just pass the upstream ‘V’. 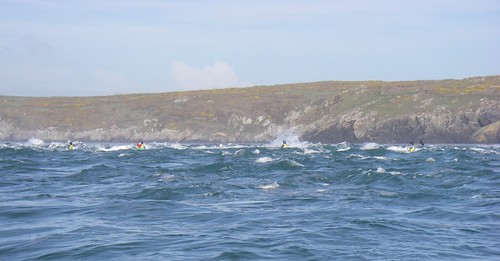 One of the highlights of a Bitches trip.  Coming back!  Especially for these guys as it was their first time – breaking into the exploding haystacks on the top of the tide – superb!