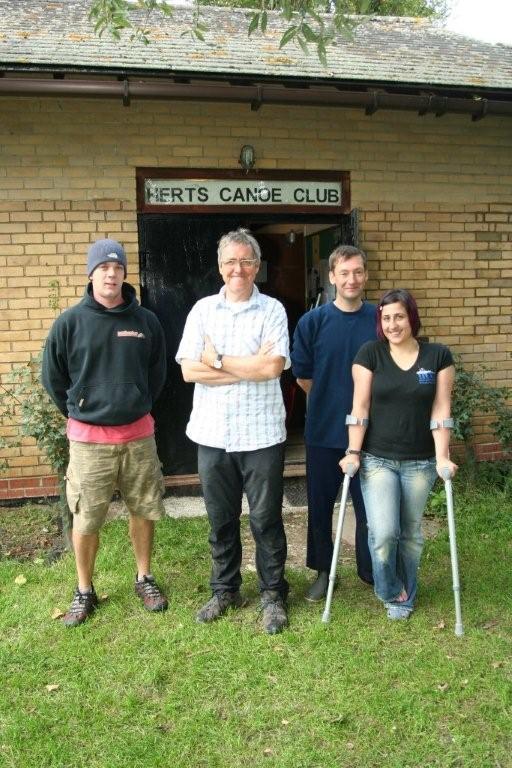 Herts canoe club was recently contacted by the BBC, Griff Rhys Jones was doing a documentary on rivers following on from the recent one about mountains.  A little bit surprised we agreed wondering why they had expressed interest in the small weirs of Hertford rather than some of the Thames weirs. 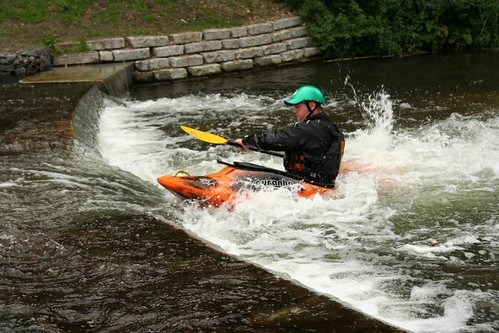 So nice and early we headed down to the club waiting for the crew to arrive and tell us what to do.  Our brief was to take Griff safely down a weir (ah we thought they have not been on one of our trips then!). We had three to choose from and after Griff & the crew scouted the river they decided that our new 2-step weir was perfect for what they wanted.  This weir has recently been rebuilt due to erosion which would have lead to the eventual leakage of sewage.  So taking canoeists into consideration where possible they built the new 2-step weir which is great for beginners.  So Griff & his dog Cadbury in open canoes paddled along the navigational part of the Lea then onto the old section of the Lea which is not navigational and down to the weir.  Andy one of our coaches who was expecting to be in a kayak was with Griff throughout coaching him down the river whilst matt & myself provided safety, well we got bored at Matt played on the weir and I sat in the open canoe photographing my poorly foot.  Well it beats going to work! 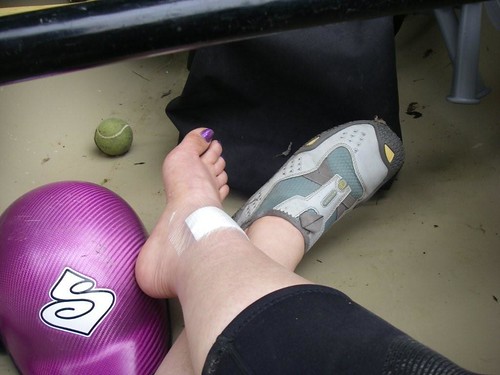 After lunch with the crew they continued down the river to do some more filming.  The documentary ‘rivers’ is due to be shown sometime next year on BBC 1.