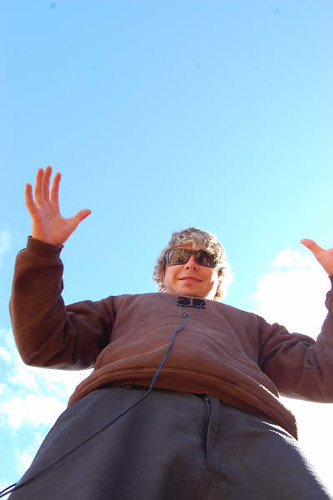 Getting on a plane at lunch time with a full blown reoccurring attack of malaria is defiantly not a nice thing but never the less there was no way I was going to miss my flight I bought it 3 weeks prior and it cost a bomb so man up and get on with it . Sitting in my seat delirious natali had to hold me still to stop my shaking limbs from hitting the bloke next to me who seemed to be ever edging himself towards sitting in the isle in fear of getting the plague .  Finally arriving the boys put me in a cab and got me to the riad we were staying in , this was to be our bacs until the rest of the party arrived . So for the next 3 days I lay sweating and shaking and bunging tones of pills down my neck whilst Danny natali and Craig exorbe the exciting and vibrant street life of Marrakech . I hate Marrakech any how so was glad to be hiding in a room away from all those hustling rude Moroccans . On day 3 Nat and Christine arrived and it was time to levee Marrakech and my riad tat I had come so well acquainted with . Still feeling dizzy I bagged a cab across town to the bus station whilst the others had to run in fear of missing the bus .
Once on the bus we had five hours to kill until we arrived in dusty agadir .   Finally I was feeling like a spring lamb again must have been the lunch I ate . Getting off the bus we all grabbed a taxi . The driver wanted some extortionate amount to take us to our final destination , so with my new found energy I set about knocking him down . An hour of sitting on Danny’s lap in the front seat of a rickety merc we were in taghazout  and It had cost a hundred dirham’s less than originally quoted .

Finding a apartment was easy the taxi driver had a mate who owned a pretty impressive set of apartments and was happy to cut us a bit of a sweet deal . Sorted all moved in showered and in need of a serious eating session we headed down to town for eats and to watch the sun set in to the ocean .
The surf was pretty consistent but never really that big we spent our days cleaning up on 6 – 10 ft at a few different brakes such a mysteries and panoramas . A few times I headed out to anchor point but the point was often crowded with angry egotistic surfers ( usual story ) but the mellow rights at panoramas was by far enough to keep us smiling . 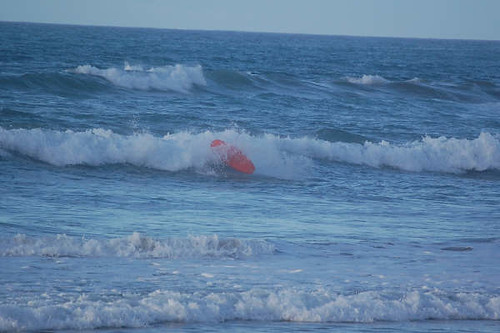 One day we woke up particularly early and headed out to a beach brake called tamree , this spot is a north coast swell catcher  very bit of swell is slung at the beach creating some fierce waves that batter the coast line . We arrived in glorious sun shine with what seemed to be a steady 20 ft swell . Whilst the sore headed relaxed on the beach I grabbed Craig and told him we were going out back and we were going to bag some big rides . 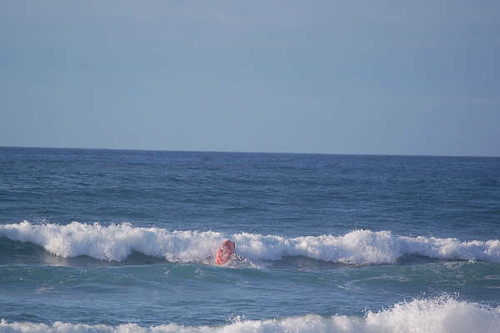 Getting out back wasn’t as hard as expected as the bigger waves built in what appeared to be a bit of a channel half way along the beach . Once out back we chilled for a while catching a few smaller wave s for a warm up . After half an hour of mucking about we headed across in to the line up . Craig took of on a few medium sized waves while I waited and waited for a big set . Craig rejoined me out back in the line up perfectly in time for a phat 22 ft set to appear on the horizon line . As the wave began to form I lined my self up nice and deep and a few strokes secured me skidding down the face in to the ever building bowl . Racking a fast carve I glanced behind to take a look at how the wave was building , to my horror just in time to see the wave curling over with Craig some how at the very tip of it poised for a millisecond before he fell tumbling down the face of the wave and then sucked back up and washing machined . Chuckling to my self I rode out of the bowl and cursed the face for perhaps thirty seconds and then bailed . 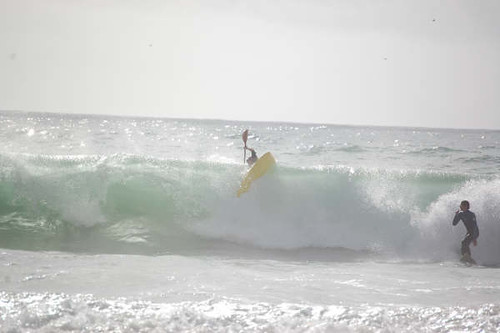 Looking back in to the soup I could see Craig , he looked at me and gave me the im done look before paddling back in to the beach .  The rest of the day was spent blissfully cranking the faces of big waves and chucking lovely big air moves .
I guess that’s his bad karma kicking his asse for wearing yak kit .
A week later we were blessed with another days big surf . In the morning we spent our time catching the edge of anchor point , nice but not huge . By the afternoon the waves were still good size but the wind had picked up and messed up the whole beach now surfing no longer was surfing it had become like running big volume class five getting out back just was not going to happen but it was fun trying until I got my self in to a bit of a tricky situation . Catching a good sized wave I dropped in and before I new what was going on the wave began to close out and pipe up . Holding the carve I figured I could ride in to the soup and to safety . No sooner had this popped in to my mind I found my self picked up , washing machined , smashed on the sand bar , lost my paddles and shoved on to the beach where all I could do was to throw up until all the water was out of my system and flounder about in the shallows looking for my paddles . Well after that little beat down I decided I aught to spend the rest of the day on the beach making a fire and the all important digging of a hole . 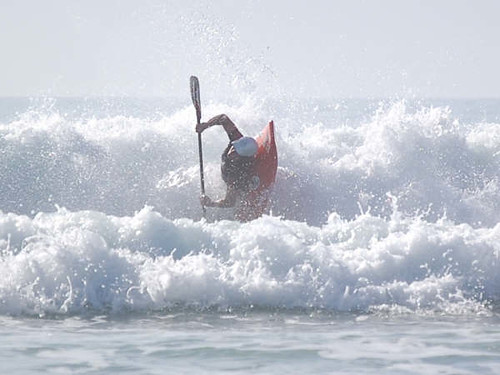 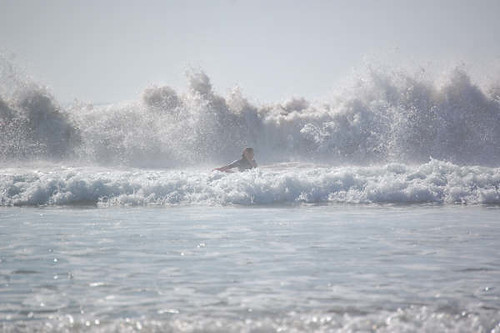 Days went by turning in to weeks followed by Christmas finally our stay drew to an end and it was time to pack and make the long arduous journey back to the airport and home . For me the journey didn’t end there I arrived just in time to hot foot my way to university where I found my self in the main lecture theatre doing my end of year exam and thinking what the weather was like back in morocco . 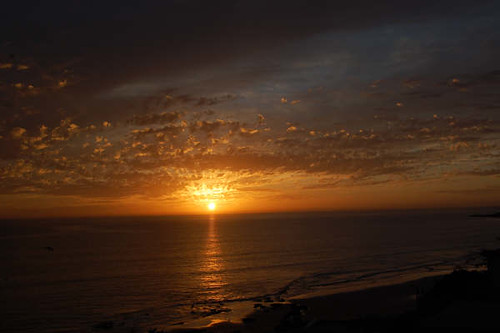