The Training and Team Trials 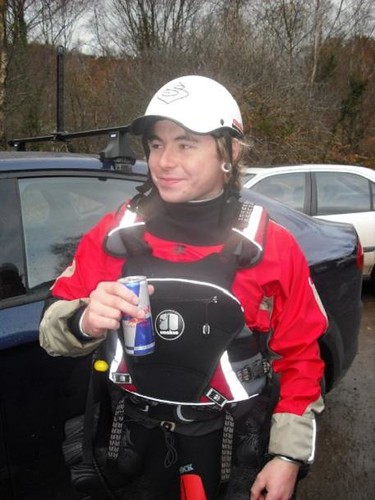 Great Britain team trials, well I guess it started four weeks prior to the event for Dan and I. we had devised a plan for training and were set to try as hard as we could to get wave dialled in before the event. Fortunately for us the event was being held at our local spot the mighty Hurley and with the thought of it being a wave gate only event we were excited to get stuck in.

First things first, the plan. We decided to do what we called smart training which consisted of a total of an hour a day kayaking focusing on individual moves and then analysing where we went wrong. The first week went well with boring James joining us in his open boat to get dialled in. after each session we sat huddled in a car watching back the evenings paddling  and trying to work out where we went wrong so next time we could stomp that move .

Our sessions were always held at a time called Light club , it’s a local only night session where Dan brings a generator and a handful of sunshine so training can be concentrated as there would only ever be 4 in the eddy . Remember the first rule of light club is “you don’t talk about light club “. I’m going to levee the second rule to your own imagination. 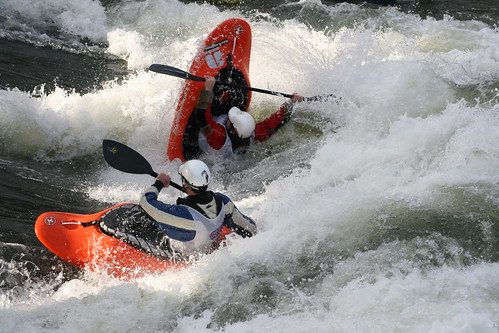 The second and third week consisted of doing every move we could think of in 45 seconds and slowly eliminating the small tricks as the big daddy moves became more consistent. On several sessions we would do a every drop do a move , so basically every time you rode down the face or cut back to the top you had to throw a move , now this is good for wearing you out and to get your reaction boating up to scratch .

The next step was making sure that we could hit a move within the first five seconds of getting on the wave. This was timed by the next person in the eddy and if the move wasn’t executed you were booed and geared from the eddy. The classic problem with my boating and Dan’s is that we really like the surfers right shoulder so the next step had to be left moves only to make our rides vary more, for the first few days I hated it but by the Wednesday of the week I was surprised to say that I could pretty much transfer all my tricks over to the left apart from a few big tricks which still needed work. 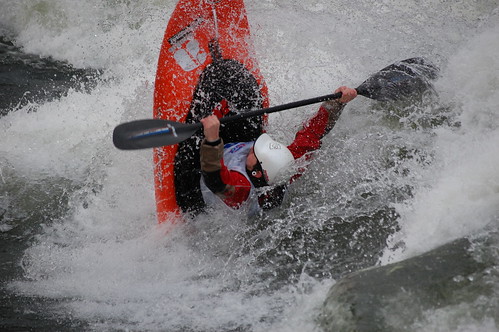 The final part of the on the water training was to choreograph runs and practice them. first I knocked together a run and practiced it and as the final week went by I began to add bigger scoring moves and eliminate small tricks , so eventually my run if I got it dialled on the day would produce a 960 point ride with Dan producing a similar score . Our rides were surprisingly different with Dan doing flip turns both ways where as I opted for the clean panama and clean back stab.

Right, with the on water training going well I wanted to increase my strength endurance and explosive power to aid my kayaking . Being an avid gym user I changed my 3 day a week workout to aid my paddling goal. I joined the Pilates class and spent a lot longer stretching. also I changed my weight routine to a lighter weight but rather than a normal repetition I had to throw the weight in to the air and catch it every extension thus increasing my explosive power and doing this many times at the same time increasing my endurance . Finally ensuring two litres of water were drunk daily followed with a sauna and then rehydrating session. 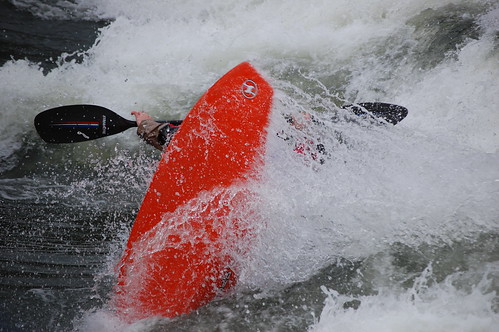 The day of the event I woke early had a big asse bowl of cereal and hot footed to the weir to meet Dan and register. After registering we found out when we were on and then headed to the gym to warm up stretch and have a super long relaxing sauna to take our minds off the event.

Finally down at the weir we had a twenty min warm up paddling up stream and then stretched on the bank for a further ten. I spent a good ten mines watching other people take their rides to try to get a feel for what was going. The wave was peeking at what Dan and I like to call the Brazilian level, a steep green level with just a tiny tuft of foam pile. When the wave is like this you get that same excited feeling as when you get a chicks pants off hence the name. 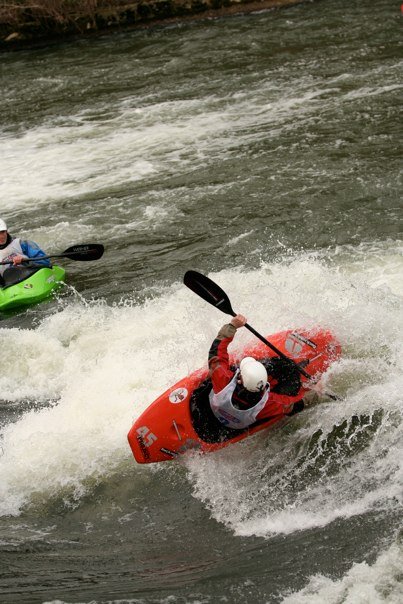 The rides.
Dan was in the first heat he looked like he was going strong hitting what I thought was pretty close to his pre planned rides , he had a few unfortunate flushes but overall he was skying some sweet air and looked like he was having fun. My rides were next second heat bib 9. I was shiting myself as I dropped in, super nervous so for the first ride I just got a good feel for the wave. It was perfect. My second ride I began to get dialled in but still paddling like a bit of an idiot, the nerves had got to me. By my third run I was far more chilled out and managed to happily string together a nice ride landing my clean panam and clean back stab and clean blunts both ways. Final ride I went balls out throwing every move I could. Paddling to the eddy I was almost certain I hadn’t made team neither squad. I stayed on the water to paddle for a while and just enjoy the sweet wave. 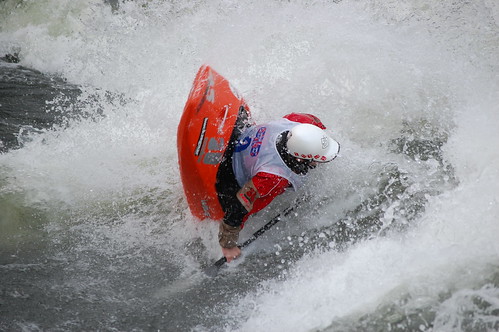 Paddling back I stopped off at the tent to take a look at the scores and to my great surprise I had done it . First place and by a long way and pikey was 3 points off making team. What a great day. All that training really paid off. 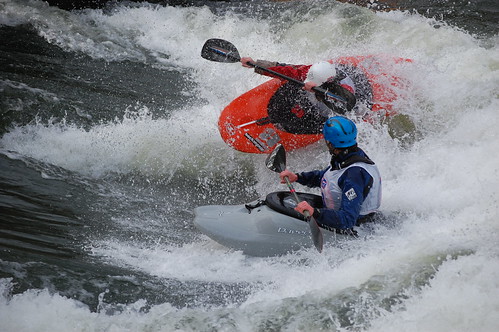 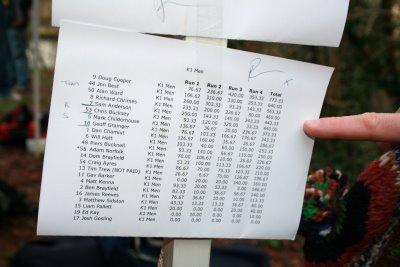 Next stop training in BC and then to worlds.

Many thanks to Dan Chamlet for keeping me focused and getting on the water every day with me to train and cheers for all the cups of tea and good advice Rob Cooke .

Congratulations to everyone else who made team reserve or squad and to anyone who got on the water to paddle such a sweet wave……….. It’s not every day you get wet riding the Brazilian.